Our Lady of the Angels and
St. Peter in Chains, Stoke

The Birmingham Diocesan Education Service (BDES) acting on behalf of the Archbishop, has the responsibility of directing Catholic schools concerning the development of curriculum provision for Religious Education and strengthening Catholic life. This work is also extended to the recruitment, formation and ongoing training of school leaders and that of foundation governors, representatives and directors of multi academies. Under Section 48 of the Education Act and in accordance with the Code of Canon Law, the DES has the responsibility to inspect the provision of RE and Catholic life.

The Mission of the BDES is to announce the joy of the Gospel by making Christ known today through securing, protecting and improving the provision of Catholic Education in the Archdiocese of Birmingham.

Christ the King Catholic Collegiate is a private limited company, limited by guarantee, registered in England & Wales, company no. 8933913.

This website uses cookies to improve your experience while you navigate through the website. Out of these, the cookies that are categorized as necessary are stored on your browser as they are essential for the working of basic functionalities of the website. We also use third-party cookies that help us analyze and understand how you use this website. These cookies will be stored in your browser only with your consent. You also have the option to opt-out of these cookies. But opting out of some of these cookies may affect your browsing experience.
Necessary Always Enabled

Performance cookies are used to understand and analyze the key performance indexes of the website which helps in delivering a better user experience for the visitors.

Analytical cookies are used to understand how visitors interact with the website. These cookies help provide information on metrics the number of visitors, bounce rate, traffic source, etc.

Advertisement cookies are used to provide visitors with relevant ads and marketing campaigns. These cookies track visitors across websites and collect information to provide customized ads.

Other uncategorized cookies are those that are being analyzed and have not been classified into a category as yet.

SAVE & ACCEPT
Powered by 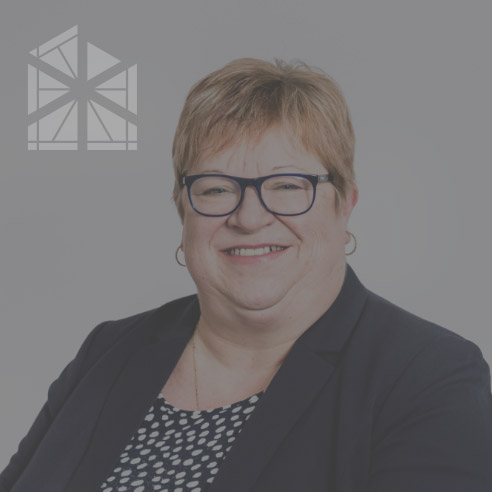 Mrs Madden began teaching Physics in 1985 having qualified with a BSc, followed by a PGCE from Keele University. She has been in Catholic education since 1989 when she started at St John Fisher as a Physics Teacher, becoming Head of Physics and gaining an MA in Education. She has held a number of leadership roles in two other local Catholic Schools since 2001. She achieved NPQH in 2007 and a Diploma in Catholic Leadership in 2012. She was appointed as Headteacher of St John Fisher Catholic College in 2016, also taking on the role of Accounting Officer and subsequently Catholic Executive Leader (CEL) for CtKCC. She is passionate about Catholic Education and strives to ensure the best for all our children. She knows that she is beyond fortunate to have “the best job in the world”.  She has been married for over 30 years and has two grown up children. 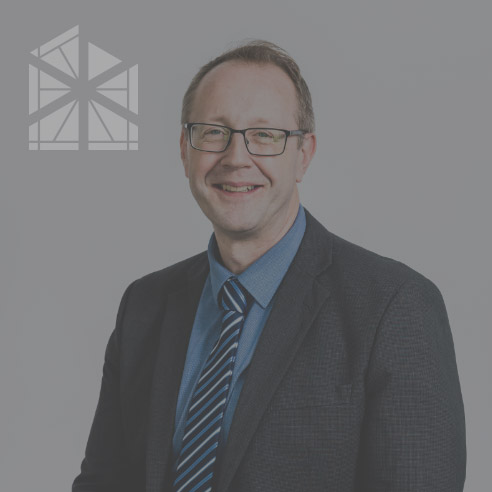 Mr Grove has worked in primary education for 27 years in a wide variety of roles, obtaining an NPQH in 2012.  For the past 7 years he has thoroughly enjoyed being the Headteacher of Our Lady & St. Werburgh’s; a vibrant single form entry Catholic primary school.

As a leader of a Catholic school, Mr Grove believes it is vital that the teachings of the Gospels are woven through every aspect of life, to create a school that is a place of happiness and enjoyment with pupils’ learning at the centre. He believes that the mission of education is to ensure pupils enjoy learning, make progress and are prepared for life after school. 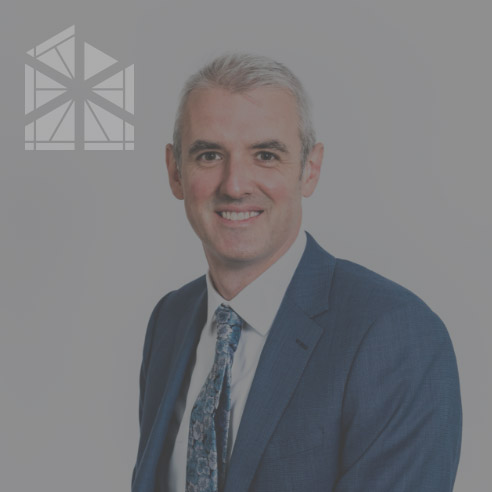 Mr Murray studied at Mater Dei Institute of Education and achieved a Bachelor of Religious Science with English. He has also completed his NPQH. He has worked in secondary settings in Dublin, London and Staffordshire, and has undertaken various responsibility and leadership roles in each school. He has been at St. John Fisher Catholic College since 2007 and was appointed as Deputy Headteacher in April 2017. He was further promoted to Head of School in September 2019.

He is committed to overcoming the challenges faced across education, to ensure a sustainable and quality Catholic provision is in place for all of the children in his school. He is married to a beautiful wife and they have 2 young boys who keep them both on their toes. 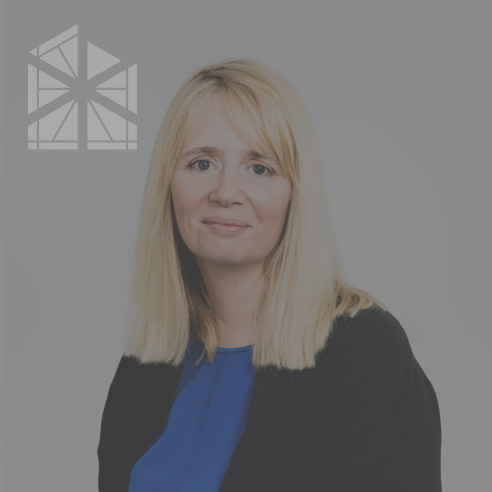 Mrs Mellor’s vocation as an educator began in 1999 when she graduated with BA Hons in Primary Education and English. She began her work in her current post as Headteacher at St. Mary’s Catholic Primary School in April 2019. Prior to working at St Mary’s she worked within the CtKCC MAC at St. Wulstan’s Catholic Primary. During this time she held a number of roles including class teacher in KS1 and KS2, gaining SENDCo accreditation and subsequently taking on the role of SENDCo; a role which she found thoroughly rewarding. She was appointed as Deputy Headteacher at St. Wulstan’s and finally as co-Headteacher, gaining the NPQH qualification along the way in March 2018.

She is committed to serving the school community of St. Mary’s as a whole, but in particularly, to developing opportunities for our children to achieve the highest academic standards, ensuring that they are known well as individuals and that their unique personality, talents and interests are nurtured and developed to the full.

Mrs Mellor spends her quality free time with her family; her wonderful husband and three amazing children. She also has a number of pets to look after and indulge! 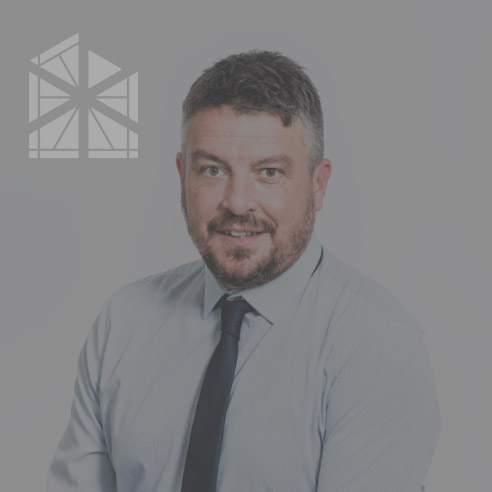 Mr Price is a former pupil of St. John Fisher Catholic College. He studied Chemistry at Loughborough University before completing a PGCE at Manchester Metropolitan University. He began his teaching career at St. Mary’s. Teaching has always been his passion and a true vocation. He went on to become Headteacher at St. Wulstan’s, before becoming Headteacher at St. Teresa’s Catholic Primary School.

Mr. Price is a keen sportsman, playing hockey for North Staffs and cricket for Porthill Cricket Club. He loves all sports and is a lifelong supporter of Aston Villa Football Club. He has always sought to pass on his love and passion for sport to his own 3 children and the children in his care at school. 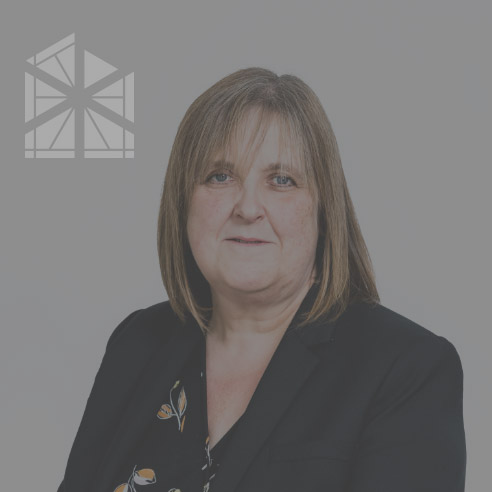 Mrs Moorhouse worked in the health sector for ten years before deciding to switch careers having become increasingly interested in education. She retrained at Manchester Metropolitan University, specialising in Primary Education and Mathematics, qualifying as a teacher in 1999.

She has worked at a number of Catholic schools in the area, across all key stages, joining St. Thomas Aquinas Catholic Primary School in September 2014 as the Nursery Class teacher, subsequently moving to KS2. Over the past four years she has developed her leadership skills working as the Deputy Headteacher and successfully completing NPQH in 2019. She has also previously acted as staff representative on the Local Governing Body.

She is a passionate advocate of Catholic Education and looks forward to every challenge and opportunity to continuously drive school improvement, as part of Christ the King Catholic Collegiate. 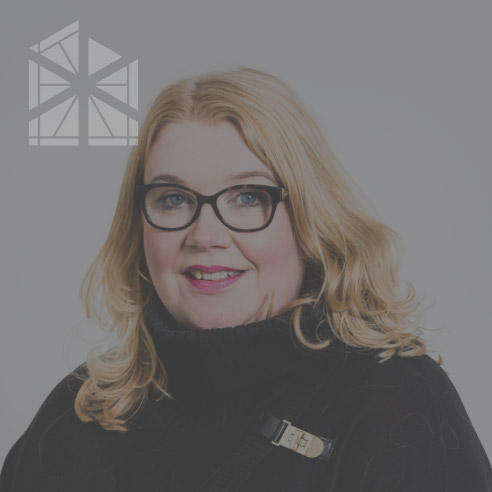 Our Multi-Academy Company Business Manager provides strategic leadership and management of business operations across the Collegiate including finance and resources, audit and risk, HR, governance and business development.  The Chief Financial Officer ensures the promotion and delivery of good financial management so that public money is safeguarded and meets both legal and statutory requirements as well as achieving efficiencies with the primary purpose of supporting the achievements and outcomes for our children and young people. 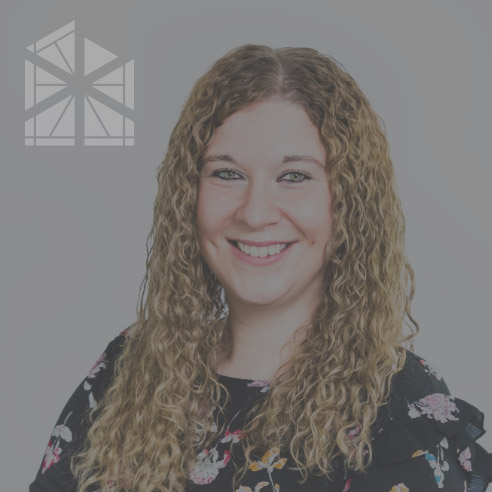 Our Business Support Manager provides support to the main business functions at both company and school level including finance and payroll management, employee services, procurement, marketing and social media, business development and systems administration. She provides a professional and efficient service and support network to our schools, academy business managers, stakeholders and business partners, representing the high standards of Christ the King Catholic Collegiate. 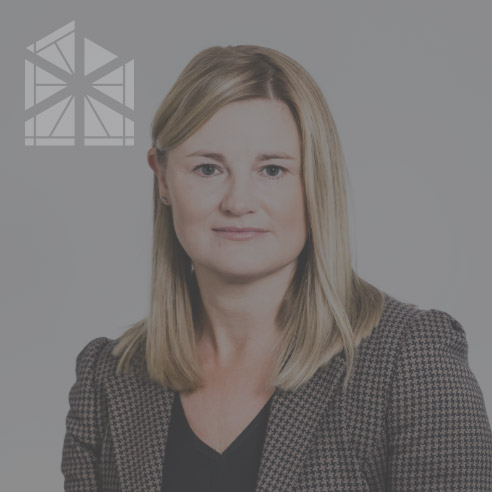 Our HR Manager is responsible for promoting our HR vision and Our People Strategy which is to work in collaboration and create a culture where our employees are engaged and empowered, promoting good working relationships in a positive climate where staff feel valued and secure. This includes applying HR practices and solutions which produce positive outcomes with a focus on wellbeing and promoting health in the workplace and leading on the multi-academy’s recruitment strategy and pre-employment practices. 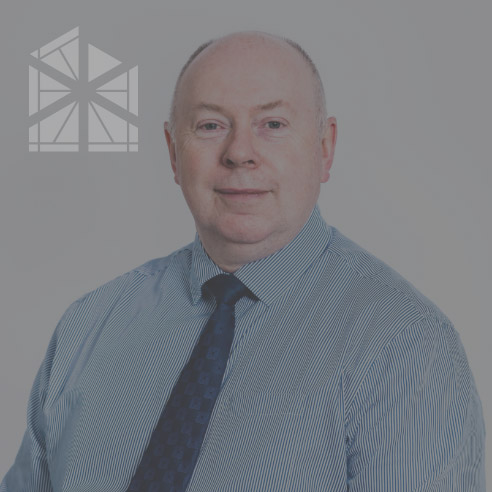 Our Operations Manager provides professional management to our multi-academy schools and contributes to the planning and development of key operations including ICT, premises and estates, capital projects and contract management.  He ensures a high level of service is achieved in a range of outsourced and in-house facilities and services including managing the operations of CaterKing. He is also the Company Data Protection Officer responsible for monitoring data protection compliance ensuring our Collegiate is GDPR compliant.

Our Network Manager oversees the effective operation and security of the Collegiate’s ICT network and infrastructure strategy. He is able to deliver and provide project management with the engagement of suppliers and stakeholders.  He strives to develop the core infrastructure and sustainable digital development within the schools to ensure the Collegiate engages in the best use of new technologies.